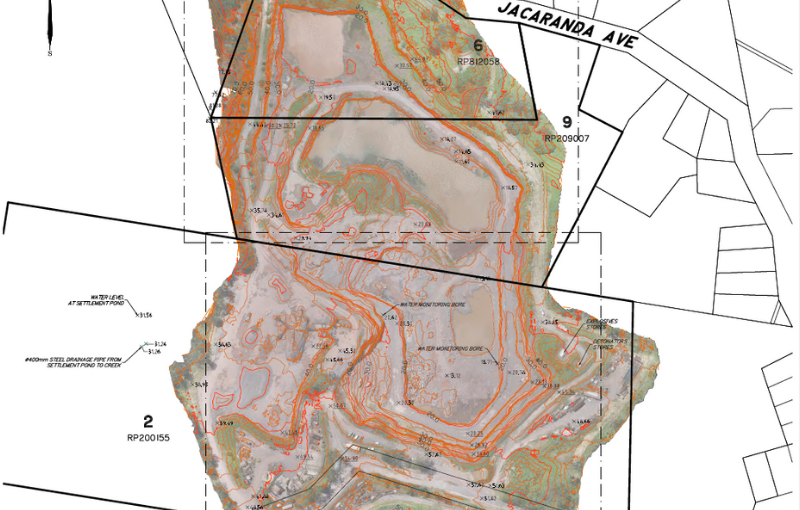 DSQ was engaged to produce a contour model over a blue metal quarry.  The Falcon 8 UAV (drone) was utilised to fly the site at heights between 40 metres up to 120 metres above the terrain. The advantage of utilising the UAV was that the terrain and structures were surveyed safely and accurately without the need for a person to physically access the entire site.  From a safety perspective, this was attractive and also allowed the site operations to continue as normal whilst the aerial survey was in progress.

An accurate orthophoto was produced for civil design and volume calculations.  The UAV data provided a dense point cloud of ground elevations, with a point grid density of less than 100 millimetres, thereby picking up all of the uneven surfaces in the stockpiles and the quarry walls.  This project was completed at a fraction of the time and cost compared to if conventional surveying techniques were used.